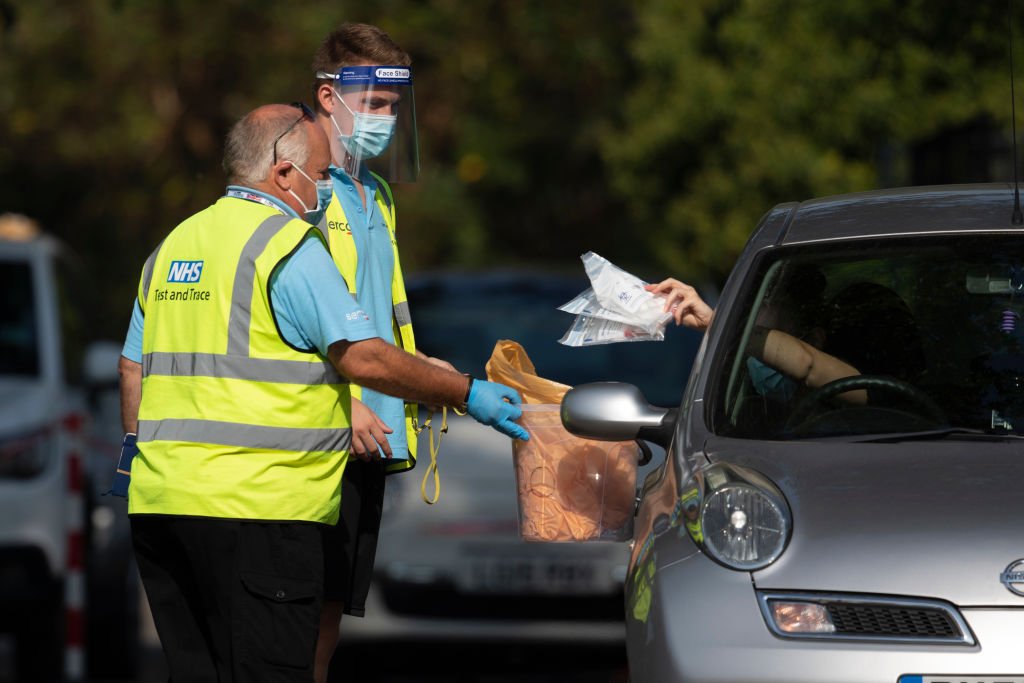 Workers collect swab tests from members of the public at a Covid Test site in South London on September 15, 2020 in Greater London, England. (Photo by Dan Kitwood/Getty Images)

AS the UK government’s Lighthouse laboratories are trying to clear a backlog of 185,000 tests, people in England’s worst-hit Covid-19 hotspots, including regions which have significant BAME presence, find it ‘too difficult’ to get tests.

Unavailability of manpower t walk-in centres, drive-through facilities or for home delivery was cited as the main reason for this unusual situation, reports The Guardian.

When people try to book tests from these areas they were told that the facility is not ‘available’, reports said.

Three walk-in centres in Oldham began turning people away at the weekend if they had not booked, including symptomatic children, the Guardian report said.

Local officials in these areas said the national testing programme had “gone into complete meltdown” over the weekend, with symptomatic people turned away from otherwise quiet testing centres and others told to drive miles from home for a test.

Recently, Scotland’s first minister Nicola Sturgeon accused health secretary Matt Hancock of trying to restrict the number of people in Scotland who could get tested.

Jon Ashworth, the shadow health secretary, said the system hailed by Boris Johnson as world-beating was “not just any shambles but now a world-beating shambles”, reports said.