LONDON based businessman Akbar Asif has marked the 60th anniversary of his late father K Asif’s movie masterpiece Mughal-e-Azam by having the screenplay admitted into the official Oscars library in Los Angeles.

In doing so, it has become the first film from the golden age of Bollywood to make it into the world renowned Margaret Herrick Library. In another first, he made three versions of the screenplay, in Hindi, Roman text and an English language translation available at the prestigious film institution.

“I wanted to mark another milestone in the epic journey of my late father’s film Mughal-e-Azam by honouring his legacy and thought a great way was to preserve its incredible writing. I hope future generations can learn and get inspired by words from the greatest writing team ever assembled for a Hindi movie,” said Akbar Asif.

The son of late Mughal-e-Azam director K Asif and the film’s lead star Nigar Sultana rarely gives interviews and has preferred to stay in the giant shadow cast by his father’s incredible epic. Clearly proud of the movie’s achievements, he was full of praise for the writing and gave a heartfelt thanks to the Oscars academy.

“The most important part of a movie is the screenplay and everything else, from the performances to the costumes, sets and action set pieces, grows around that. My father never compromised on anything with Mughal-e-Azam and that included the screenplay. Every aspect of the writing is perfect, and I am thankful to the Margaret Herrick Library for adding the screenplay to the prestigious educational institution. I am sure my father would have been happy.”

Mughal-e-Azam broke every box office record when it was released and if inflation is taken into account, it is still the highest grossing Bollywood film of all time. The movie’s many milestones include Mughal-e-Azam becoming the first full-length feature film to be colourised for a theatrical re-release in 2004 and being declared the greatest Bollywood film ever made in 2013, to coincide with the  hundredth anniversary of Indian cinema.

Then in 2016, an official live musical based on the film became the biggest theatre production ever staged in India. Akbar Asif received an official message of thanks from the Oscars library, who said: “Thank you so much for your gift of the screenplays, which you kindly donated to the Academy Foundation for placement in the Margaret Herrick Library. Scripts are among the most frequently used items in our library, and your donation makes an especially welcome addition. Thank you for your support and contribution to our collection.”

Akbar Asif is deeply thankful to Shapoorji Mistry and Deepesh Salgia for uplifting the magnificent film and contributing to keeping the legacy alive.

He hopes more is done to preserve the legacy of classic films and praised newly released book Daastan-e-Mughal-e-Azam, which is the most comprehensive one ever written on the historical epic and expertly authored in Hindi by acclaimed writer Rajkumar Keswani.

“A great gift we can leave behind for future generations is great writing. My father and his team gave us the screenplay of Mughal-e-Azam and now 60 years later, Rajkumar Keswani has given us the most meticulously researched book ever dedicated to a film, which took him 15 years to write.”

Kabir Bedi (Academy award member): ”K Asif’s Mughal-e-Azam is a masterpiece of Indian cinema. As a member of the Academy for over 30 years, I’m delighted that its iconic screenplay is now in our prestigious library. Its Shakespearian plotting, its masterful scenes, its brilliant characters, and its powerful dialogue make it a one of the great scripts of all time.” 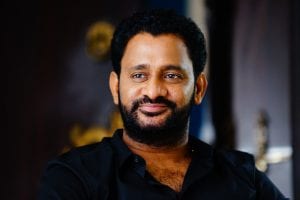 Resul Pookutty (Oscar winner and Academy award member): “Mughal-e-Azam is the grandest Indian film ever made. It stems from the vision that director K. Asif had of life, history and culture of his motherland. He converted a legend into a glorious chapter of Indian history. He built a Mughal world around an impossible and intense love story. This world is wise, compassionate, yet harsh and full of conflict of values and duties. It’s a film where every element of its making comes together in perfection.”

Birthday Special: 5 songs in which Tiger Shroff showcased his fantastic...

Heropanti 2: Tiger Shroff starrer to hit the big screens in...

Kartik Aaryan starrer Dhamaka to release on Netflix; teaser out